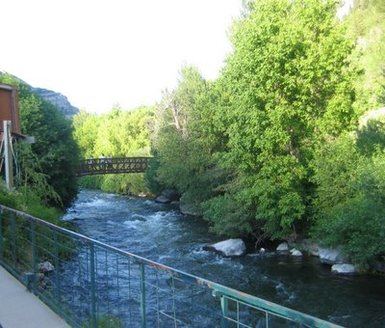 Length in Canyon:    7 Miles from Mouth of Canyon 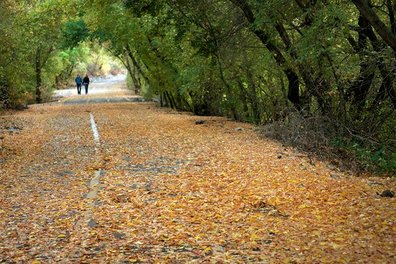 A Community Treasure:
The 15-mile Provo River Parkway is a community treasure, connecting residents with the river, mountains, waterfalls, parks, shopping, work, and Provo’s history. As the parkway follows the course of the river, you’re constantly exposed to the life of the river—trout fishing, waterfowl, and riparian plants.  Throughout its length, the trail is entirely paved and well marked. The almost imperceptible incline rarely varies, so you can enter at any point for a leisurely stroll or a vigorous workout. 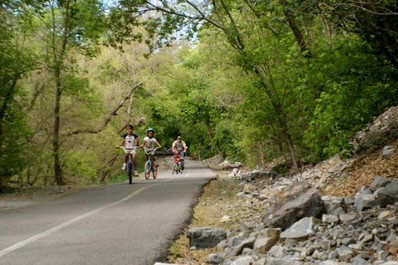 Enjoy Walking, Jogging, or Riding
Officially designated as a non-motorized multiuse trail, the parkway is widely used by families, seniors, and students as Provo’s most popular venue for outdoor recreation and exercise. On any given day you can see hundreds of people on the trail. But think of it as a highly social trail—not a crowded one. Inline skaters, skateboarders, kids on scooters, babies in strollers, cyclists, runners, and walkers all coexist happily, with pedestrians having the right of way. 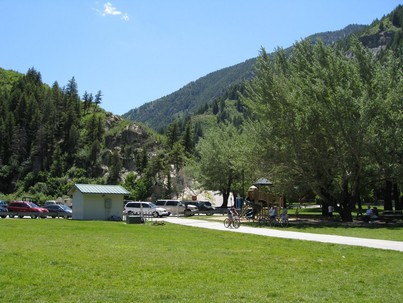 Easy-on, Easy-off - Full Facilities Available:
The most scenic section of the trail may be the upper 5 miles from Vivian Park to the mouth of Provo Canyon (intersection of US 189 and Orem’s 800 North). In addition to these two locations you can also enter the trail at many points in between, including Nunns Park, Canyon Glen, Mount Timpanogos Park, and Canyon View Park. These access points also offer drinking water and restroom facilities, plus tables and grates for a picnic after the hike. Within this section, the trail and the river flow together, never more than 20 feet apart and always within view and earshot of each other. 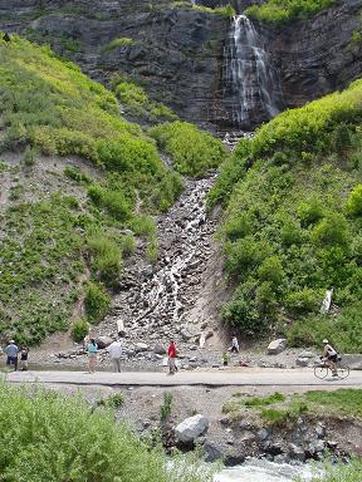 Bridal Veil Falls:
Among the many scenic highlights in Provo Canyon, Bridal Veil Falls is a perennial crowd-pleaser. At 607 feet, this double cataract is the highest waterfall in Utah. In the spring and early summer, the water sprays onto the trail and hikers play in the runoff.

In winter, the frozen falls and the Stairway to Heaven seepage to the right of the falls provide some of Utah’s favorite ice-climbing routes. From Nunns Park or Bridal Veil Falls Park, the falls are just a 10-minute walk. 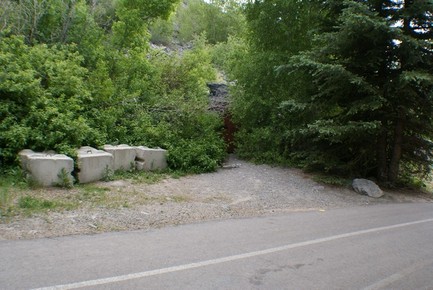 Abandoned Mine on Provo River Parkway UT
Abandoned Mine:
Utah has a long history of mining and the canyons off the Wasatch Front  have been poked and dug in for over 150 years.  In recent years, nearly all mines have been sealed to prevent injuries to curiosity seekers.

Approximately 100 feet downstream from Bridal Veil Falls is one of these historic mines.  If you look closely, you will notice a set of rail tracks leading from the abandoned mine entrance.

While walking with your kids along the Provo River Parkway, stop and examine this piece of history. 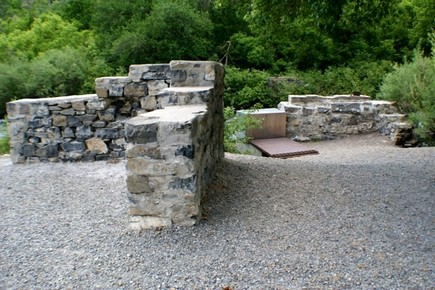 Nunns Provo Power Station Remnants - Nunns Park Utah
Nunns Park:
Another 100 yards downstream at Nunns Park are the remnants of an early hydroelectric plant built in 1897 by Luclen L. Nunn at an estimated cost of just $50,000, the plant harnessed the power of the Provo River to generate electricity and transmit power over a distance of 32 miles to mining operations in Mercur, Utah. This was almost three times the voltage of any existing line in the nation at that time, and was by far the longest. Although Nunn sold his interests to Utah Power and Light Company in 1913, his innovative ideas and successes helped shape the future of electrical power for all of us. 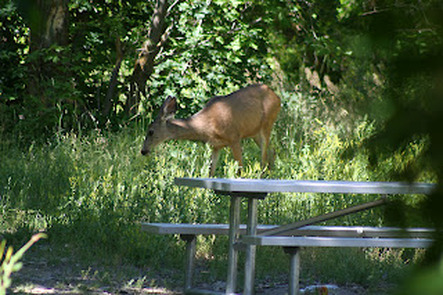 Young children always seem fascinated by the snake grass (or horsetails), a tall, dark-green, tubular grass growing along the banks. 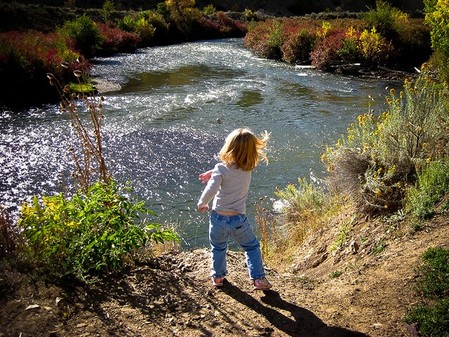 Rock Throwing into the Provo River
Safety Reminders:
Although cyclists have a 15 mph speed limit and pedestrians enjoy the right of way, you still need to keep to the right or in the marked pedestrian lane and be on guard for cyclists and longboarders approaching from behind.

Access to the swift-moving river is never fenced or protected, so be vigilant and keep young children under careful supervision at all times.