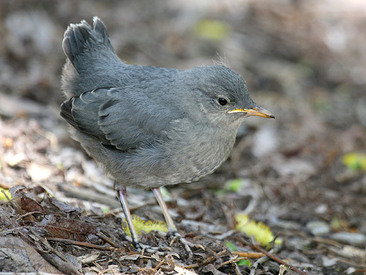 American Dipper - Provo Canyon Utah
Birdwatching at Vivian Park UT
Birding around Vivian Park area is usually very productive. Dippers are in abundance along and just below the fish steps where the South Fork Creek enters the park area.  Take some extra time to walk a few hundred yards down the Provo River Parkway and you will discover a variety of birds flying along the Provo River or perched on overhanging branches.

Directions: Take Exit 272 of I-15 in Orem and go east on 800 North (UT 52) about 4 miles to the mouth of Provo Canyon.  Keep left and continue up the canyon on US 189.  About 5 miles up the canyon turn right and cross the bridge to Vivian Park.  (The Provo River Trail along the south side of the river, going downstream, has good riparian and marshy areas for birding.) 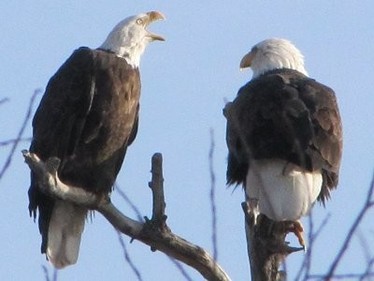 American Bald Eagle - Provo Canyon Utah
American Bald Eagles in South Fork Canyon:
"I do love birding along the Provo River in the winter; it's the same place I got the Ruby-crowned Kinglet photo. The last week of December my husband and I also spotted this beautiful pair of mature American Bald Eagles - they hang out on a snag on the southern bank of the river, just watching, and we're actually quite close to them since the river isn't that wide. I had to go downriver a bit to get a clear photo (lots of brush to shoot through), but it's worth it! You can't see in these photos (and I didn't get a shot of it), but what they're looking at is a Red-tailed Hawk that decided in some suicidal way to harass the eagles - it flew at them a few times and they fluffed up, screeched at it, and otherwise made their annoyance known. Eventually, though, the eagles did fly off - it wasn't worth the bother I suppose!"  Blogger 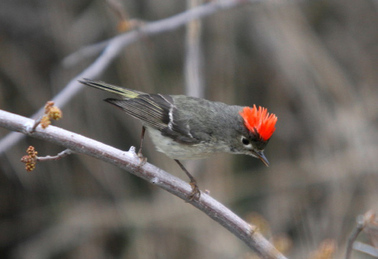 Ruby-Crowned Kinglet - Provo Utah
Birds to See:
Birds to look for in Vivian Park include: